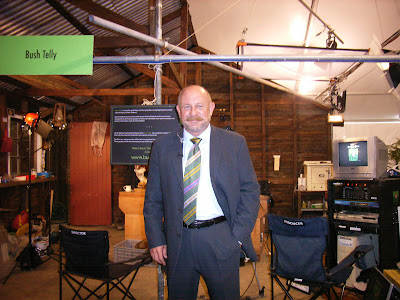 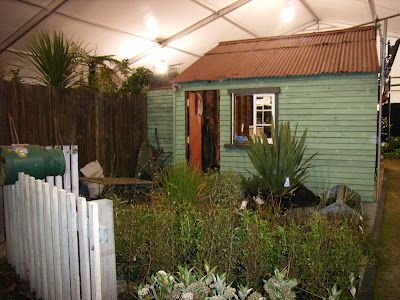 A rustic shed where the threat to New Zealand’s native biodiversity will be discussed “over a cup of tea and a bit of cake” during the next five days of the Ellerslie International Flower Show has won the Show’s Supreme Award.

The exhibit has also won the Supreme Award for Design Excellence.

The Convenor of Judges Penny Cliffin says the garden excels in many areas. “It evokes an emotional response; it is educational, entertaining and unique with a strong conservation message.”

She says it is also whimsical, engaging and inspirational with wide appeal. “The team have handled a large four-part design so cleverly and with great attention to detail. It creates an intriguing journey which unfolds many different elements and experiences.”

Bush Telly, the Christchurch-based natural media unit of the New Zealand Ecological Restoration network (NZERN), will record 40 interviews on various conservation topics during Ellerslie to be released next month on YouTube, Google Video and DVD.

The interviews will be “a yarn with real people involved in saving New Zealand’s native plants and animals” in the Hort Galore Marquee, in the exhibit’s shed, adjoining nursery or down by the stream. Visitors to Ellerslie will be the live audience for the interviews.

http://www.ellerslieflowershow.co.nz/
Posted by Mike Peters at 16:01