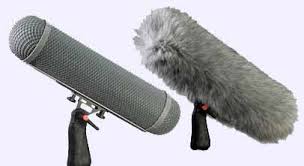 Bush Telly field gear was used by Addington Action to assist residents of Addington in the the first 18 days after the earthquake.

The Bush Telly office got trashed in the quake. The bulk storage area for equipment is all OK.

Bush Telly sends best wishes to the families of those whose lives were lost.

Click to Play
The Olearia hectorii or native tree daisy, is under threat. This is because there are no young trees growing up to replace these striking old timers. Watch this video to find out more. Meet the Locals is a partnership between DOC and TVNZ 6 and is distributed by Bush Telly with permission.
Posted by Mike Peters at 10:50 No comments:

Click to Play
When the railway lines were pulled up from Central Otago the tiny local towns had a tough time. This is a video about how the Otago Central Rail Trail attracts thousands of visitors a year. Meet the Locals is a partnership between DOC and TVNZ 6 and is distributed by Bush Telly with permission.
Posted by Mike Peters at 10:49 No comments: